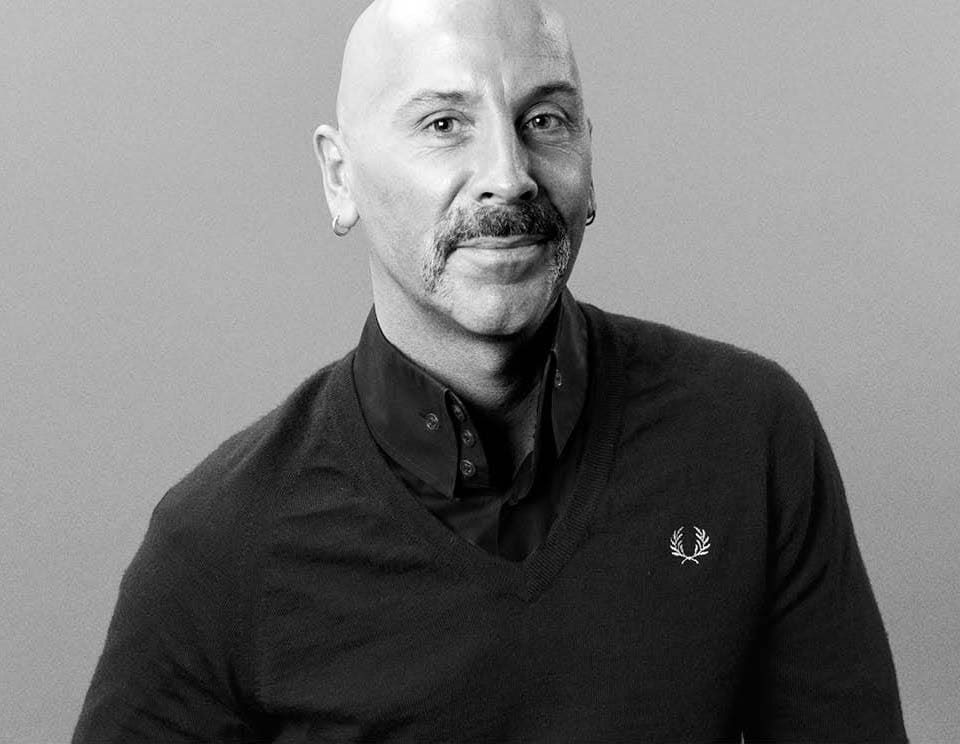 has been with M·A·C for 17 years, and has pretty much done it all. Having experienced the brand once before at Bendel’s in New York City, he was immediately struck by the extravagantly styled, mohawked, tattooed individuals behind the counter. “People like me,” he says. An echo of his future, Barber patiently waited until M·A·C made its way to London in 1993, landing a job at its Harvey Nichols outpost, a beacon of vibrant individualism that he says was “like working in Studio 54.” Now Director of Makeup Artistry for the UK and Europe, Barber is one of the brand’s most colourful, fashionable and ruthlessly blunt ambassadors. A showman, he loves the energy and creativity of backstage. But no matter where he is – traveling the world teaching Master Classes, leading demonstrations at events or keying fashion weeks across the globe – it is the brand’s diversity that remains a continued inspiration. “M·A·C taught me how to make anyone, in their own way, look beautiful.”

“My original fascination with makeup came from David Bowie in the 1970s. The idea of blurring the boundaries of gender and creating a new kind of beauty has always remained a fascination to me.”

“My most memorable shoot has to be with Grace Jones for the cover of V magazine, shot by Jean-Paul Goude. Being in a studio with those two legends was like an out of body experience. The album covers that they created together were on my bedroom wall when I was growing up, so all I kept thinking was, ‘Me…really?’”

“I’m always giving away lipsticks. M·A·C lipsticks are so transforming and impactful that once you’ve applied them, you can’t live without them! My favourite shades to gift are reds like Ruby Woo, Russian Red or Diva, which I consider ‘coming of age’ reds.”