A firm favourite of gold-grilled hip hop stalwarts and candy-coloured pop princesses alike, Jeremy Scott is also now the subject of a buzzy feature documentary, The People’s Designer, which recently premiered at New York Fashion Week. M•A•C Culture sits down with the former Kansas farm boy who brought back Moschino, dressed Miley for the VMAs, and whose passion for infusing high fashion with pop culture and vice versa shows absolutely no sign of slowing…

M•A•C CULTURE: “Jeremy Scott changed my life!” said A$AP Rocky. What influence has hip hop and rap had on your life?
JEREMY SCOTT: “I love that he said that. It’s so flattering! I have always loved hip hop and rap and I especially love how passionate that music scene is with fashion and style in general. The hip hop scene has spawned so many styles and trends, some of which have become mainstays today.”

When you were growing up in Kansas, what did fashion mean to you? How did you become exposed to it and find out more about it?
“When I was around 13, I discovered the world of high fashion in magazines and television and I was smitten instantly. It was so intoxicating, I just wanted to be a part of it and contribute in my own small way. I devoured everything I could about the world of fashion from the small-town farm that I grew up on – needless to say, I did not find a lot of people around who I felt could relate to my passion for fashion!”


Cartoons have been a huge influence on your design, does this come from your childhood?
“When I was really little, I would dream of becoming a cartoonist when I grew up – so, maybe I’ve actually made that dream come true!”

When you were a struggling fashion student in New York, was there someone or something that always gave you hope?
“I never thought about giving up. I was so passionate and excited about fashion and wanting to express myself with it that I just could not imagine life any other way.”

A$AP also said you “put the bridge together between the ghetto and high-end fashion.” Was bringing those worlds together something you always set out to do?
“I actually never set out to do just that but I have always wanted my work to touch people’s lives, and for it to be my way of communicating to the world. I’ve felt lucky to be able to have a style that could talk to so many different types of people and personalities without ever compromising my own vision.” 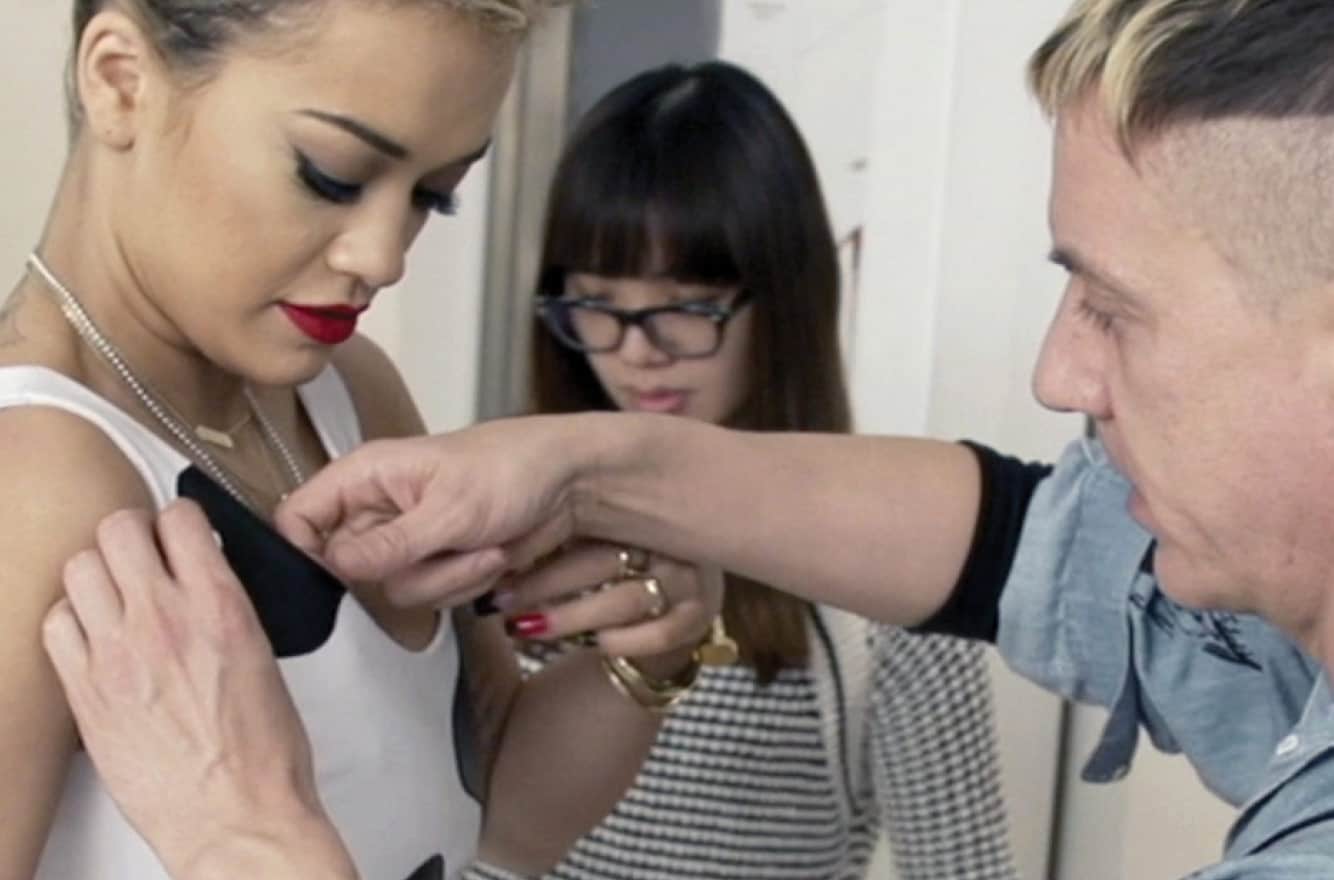 Of your own clothes, you say: “I want my clothes to live, to party, to have fun, to create a moment." What does it take to design clothes that create that moment? How do you get that feeling just right?
“Yes, I want my clothes to live! I don’t want them to only walk a runway or a red carpet. I want them to be on people’s backs and dancing in the streets. Clothes that don’t have a life outside of the runway are just the same as being dead.”

“The common ground I share with M•A•C is that we are both passionate about having fun with fashion and are willing to take risks…M•A•C has always been cutting-edge and about surprising people at every turn!” – Jeremy Scott

You and M•A•C have been partners for five years and more than ten shows. What’s the secret to that long and productive relationship?
“I think the common ground I share with M•A•C is that we are both passionate about having fun with fashion and are willing to take risks. From having RuPaul as their first VIVA GLAM campaign to doing a line of Marvel Comics makeup, M•A•C has always been cutting-edge and about surprising people at every turn.”

How do you describe the pressure of that first Moschino show? Did it feel like the whole world was watching?
“It seems like ages ago now, even though it’s only two years this February, but I really felt like I had a secret burning inside me and I wanted to share it so desperately with the world. I felt such a relief after the show, more so after seeing the reaction from everyone, especially the people that worked with Franco (Moschino), who knew him and loved him. Their compliments were the most important to me. When they told me things like Franco would be so happy, or that I brought back Franco’s sprint to the brand, that was the best feeling ever.” 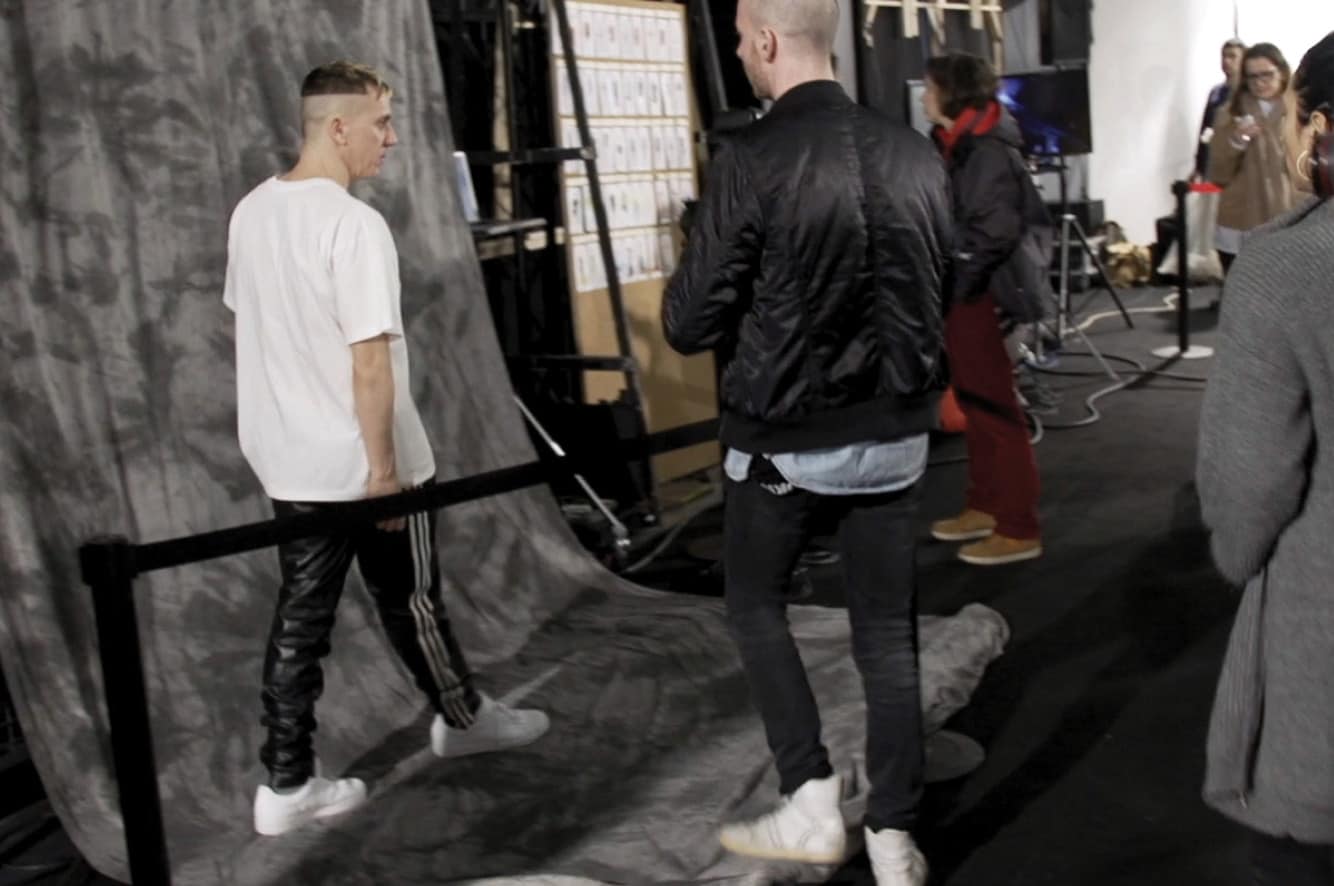 When you were approached about being the subject of a feature documentary, did you have any reservations? Was there anything you really wanted to say with it?
“I honestly didn’t have any reservations. I was just thinking about how I’d like to capture my first Moschino show on film and keep that moment for posterity. I was surprised how much more personal the documentary became, as I never set out to share my own life story…I’ve been very touched by the comments from people who have seen the documentary, and how it has moved them. I think the film is more emotionally powerful than the director or I probably imagined! Hopefully, if it can inspire people, no matter what they want to do, not just about fashion.”

Why do you think you are “The People’s Designer”?
“One thing is that I grew from humble beginnings, dirt poor, with no silver spoon in my mouth, with no name of prestige attached to me and no family connections to rely on. So, I am from the people. And another way of looking at it is my work being such a part of pop culture, and how it has such a stronger relevance to a larger mass than just the nuanced microcosm of fashion. It’s something that has a larger mass appeal.”

“I’m happy to be thought of as a great designer, but it’s more important to me that the people who know me would say that I was a great friend.” Which scene in the film do you feel most strongly about? Is there a moment you feel sums up who you are and what you have aimed to achieve?
“There is a small part near the end where I say something to the effect that I’m happy to be thought of as a great designer, but it’s more important to me that the people who know me, and who I’ve been part of their life, would say that I was a great friend. That is more important to me as my legacy.”

You have strong relationships with many influential figures from pop culture, in music particularly – Katy, Miley, Rihanna, Rita Ora, CL. Why do you think there is such a strong connection between these people with yourself and what you do?
“Honestly, all of those are people I started dressing early on before they became so mega-famous because I responded to something I liked about them, or their work. And we have created some lasting relationships that have become some of my best friends for lifetime. That goes back to what I was saying before – the connection to the people I know is way more important to me than any one thing I could ever design.”

Miley said your “clothes represent people being very expressive and forward and fully free, and it's kind of empowering." Are you kindred spirits in that respect?
“I love Miley so much and so deeply, she’s such an amazing person and she’s also so genuine and real. I think she and I are very similar in a lot of respects and we are both extremely expressive artists!”

You once sang/rapped on stage in Korean, even though you can’t speak it. Is there anything you can’t turn your hand to?
“It’s hilarious you even know that I did this! But yes, I did perform part of a song for 2NE1 on stage, as Minzy the youngest member could not come into the club because she was underage and the show had to go on. Sooo, I did her part. This is a testament more to how much I adore CL, as it was her idea to have me fill in and do it, rather than how I can turn my hand to anything – I guess it goes back to how I’ll do anything for my friends!”

Interview by Roderick Stanley The People’s Designer is out now