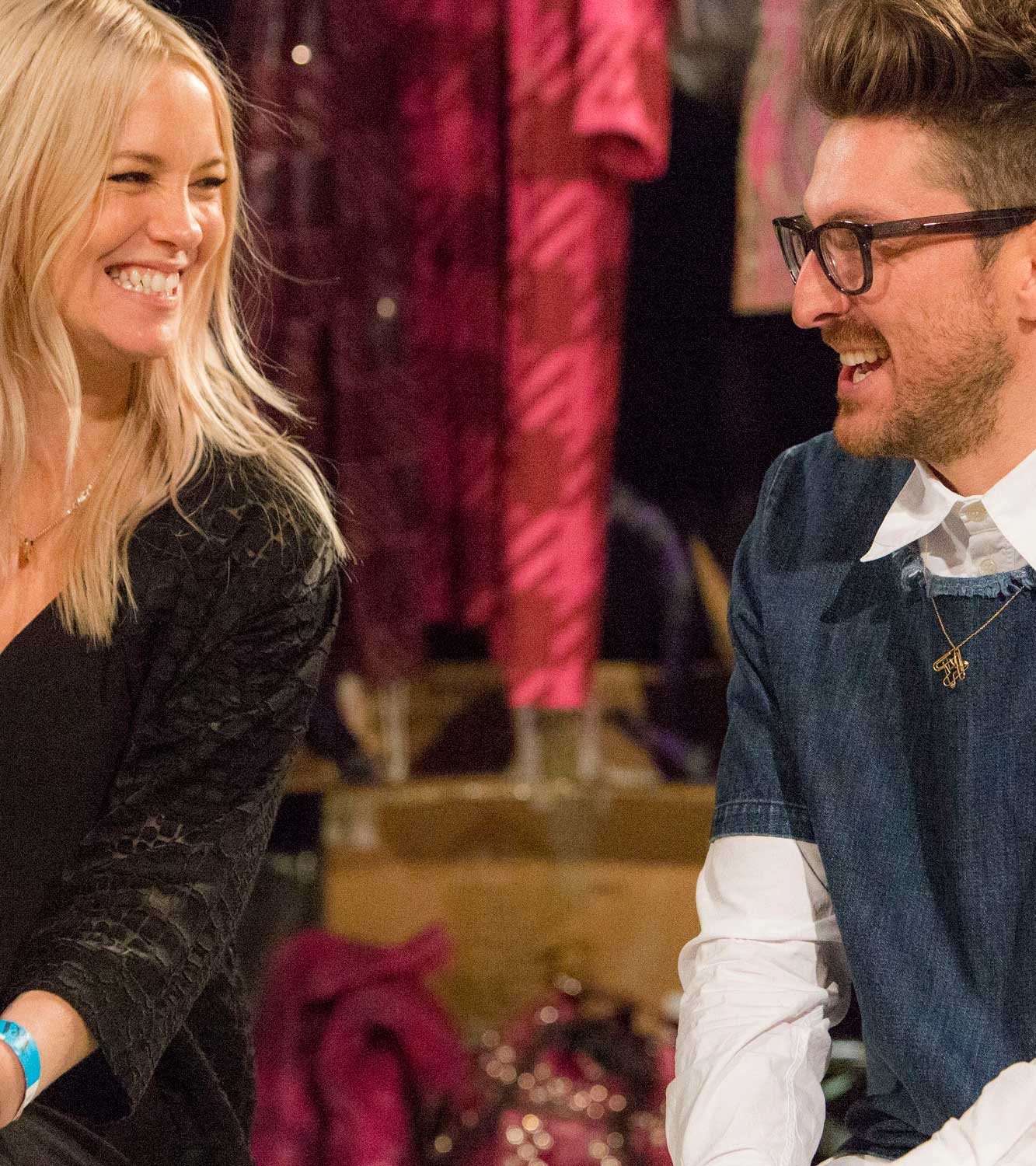 It’s hard to believe it’s been ten years since we first saw a crop-haired Agyness Deyn scampering around in tops that shouted “UHU GARETH PUGH” and “CAUSE ME PAIN HEDI SLIMANE” at anyone who would listen. Created by Henry Holland years before the high fashion would catch on to merch culture, House of Holland’s “Fashion Groupie” tees disrupted the industry with a whole new take on the style diktat: one which paid as much tribute to the fans as to the designers themselves. It might have all began with a humble T-shirt, but in the years since Holland has established himself as London fashion’s eccentric-in-chief, creating a thriving business that represents inclusivity, optimism and, above, all, having fun with fashion.

“It’s hard to believe it’s been ten years since we first saw a crop-haired Agyness Deyn scampering around in tops that shouted “UHU GARETH PUGH” and “CAUSE ME PAIN HEDI SLIMANE” at anyone who would listen.”

Cher Webb: Henry’s approach is always so fun, colourful and friendly. Every time I’ve worked with him, at the end of the day you feel like you're all part of the team. I want to wear all these outfits! Everything that I have seen today I'm like, “Oh, forgot about that, (I) want to wear that, and that and that!” And he’s always really present at shoots and shows as well – other people sort of pop in and leave again, but he’s there from the very get-go and really gets involved.

Henry Holland: Is that not normal?! I’m like, “What are you doing to her face? Who told you to do that?” (laughs) I always like to think there’s a nice atmosphere. The branding is all about being playful and fun, so it's important to have that atmosphere both in the studio when we're working on it and also the shoots. For me, it's about telling a story – whether that be through set design, the lighting or the music that we play, the beauty look, the hair look, the nails look. They're just as important as the actual garments because it's all about that storytelling.

“My clothes are quite out there and they're very bold so it's very important that we don't just get a girl who looks like a rabbit in the headlights.” – Henry Holland

Cher Webb: You always have a strong idea before I arrive, and you've already made the collection with this person in mind. You'll know straight away (whether) this requires a lip, or you want something bright – or like the summertime, sweaty skin for the Rave Cave! (Henry Holland’s hacienda-inspired collection for London Collections: Men this year). They were covered in gloss...

Henry Holland: It's always really tricky to make the look sound really high-end and sophisticated, when we're like, “We just want them to look really sweaty!” And have three-day-old mascara on. How do you spin that! (laughs) But there's never been one where I've thought it didn’t fit – I think we really get that whole marriage right. Sometimes when you do a uniform look, obviously not every woman looks great with a really dark lip. So, for the last autumn/winter one we did a different look on every girl: different haircuts, different sizes, different heights... 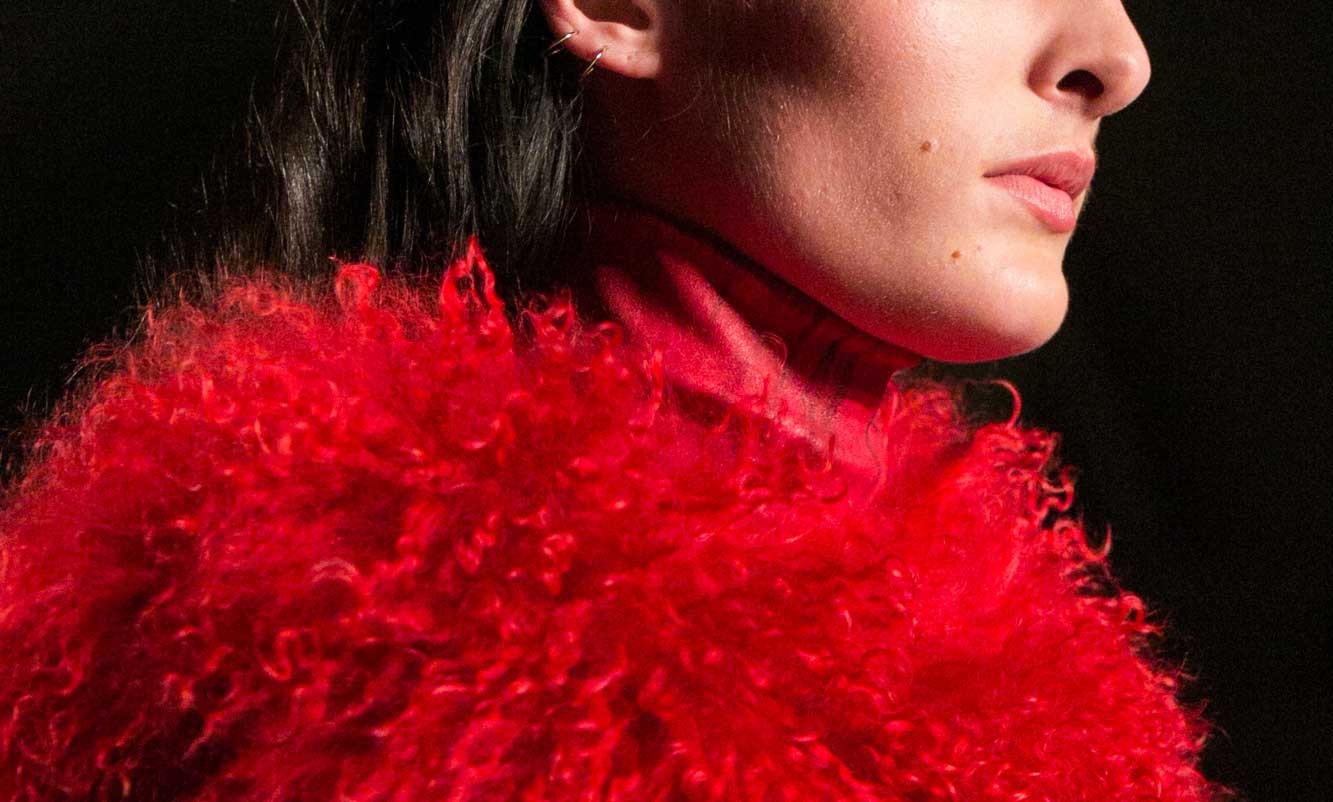 Cher Webb: Exactly. Rather than a soldier of girls going down (the runway) in the same uniform. It means that we're thinking outside the box a little bit as well.

Henry Holland: I feel like fashion is much more like that now. There are so many big-name girls with big personalities that it's nice to let them shine through – rather than that mid-2000s uniformity that removed the very identity of those girls. My clothes are quite out there and they're very bold so it's very important that we don't just get a girl who looks like a rabbit in the headlights, because the clothes aren’t going to speak. You have to have that presence.

Cher Webb: Nowadays, the girls are actually asking, “Can I have some liner?” or something. They actually feel like they can ask because it's not as strict over the last couple of seasons. Or they go to the toilet and come back and I say to the designer, “Don't you think that I did that!” 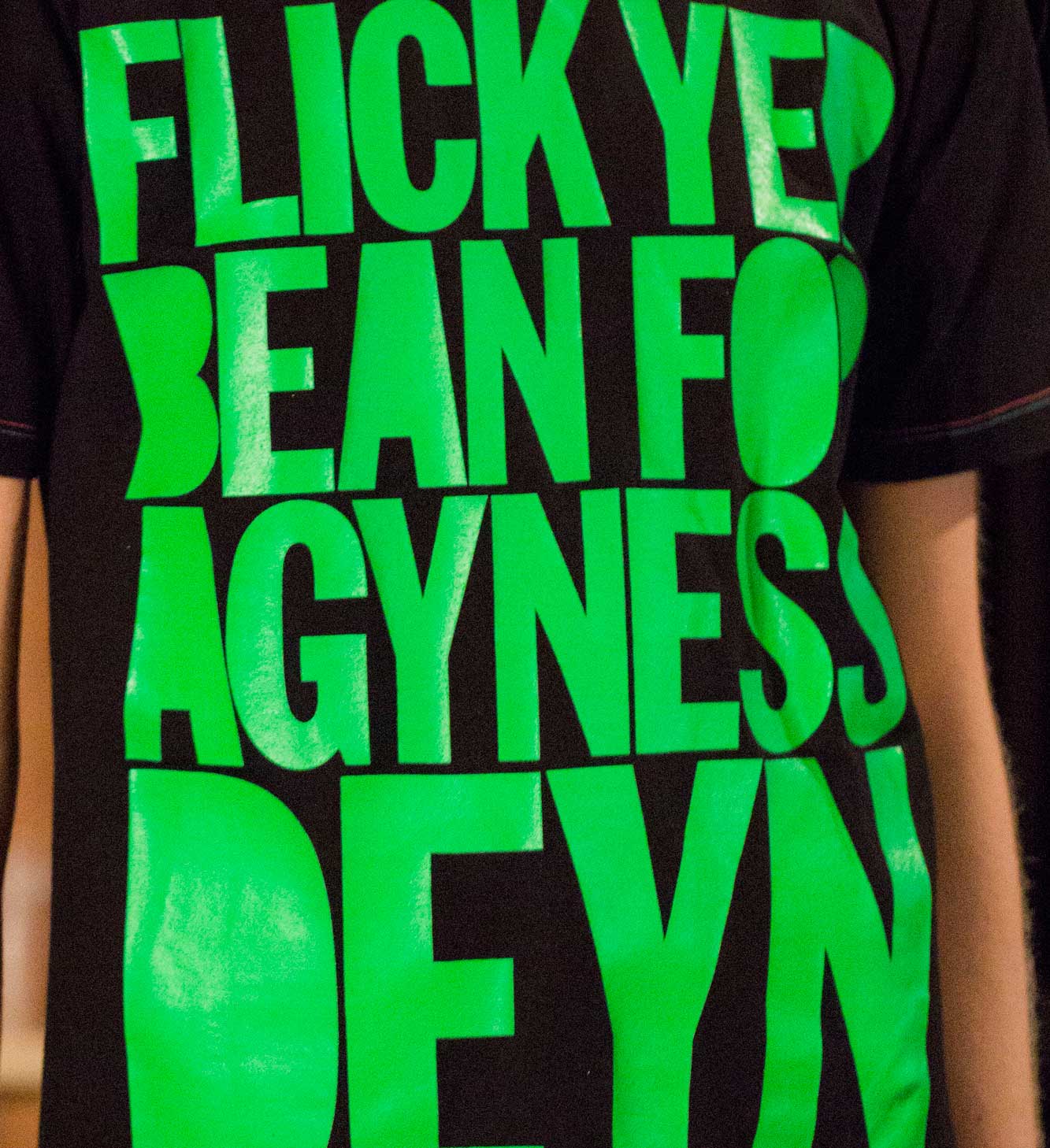 Henry Holland: As a man designing womenswear you always have to take reference points from the women in your life, whether it's women from history or people around you that you know personally and inspire you. It's important to inject those personalities into the shows. Like the T-shirts. I originally did it thinking it would just be for me and my friends in a really small circle and then that concept resonated with people. It was for those fashion kids like me: it was like trying to get into fashion week and climb the fence, and sort of profess your admiration for those people. I'm very serious about how I work and I'm very committed and very driven, but I'm driven because I want more and more people to feel an injection of fun.